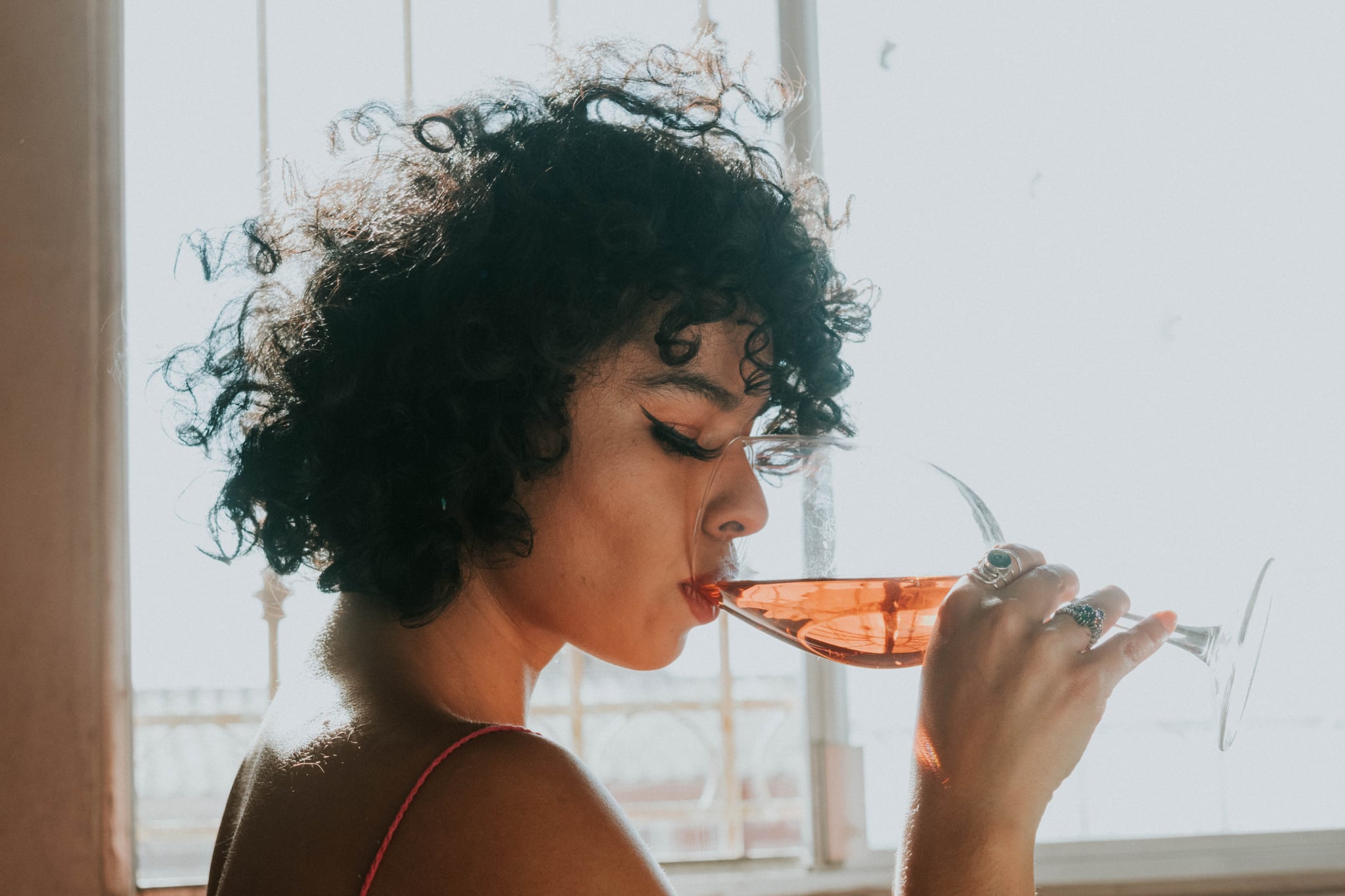 Sometimes after a long day of work, school, caregiving, and generally being alive in the year 2022, nothing sounds better than a glass of wine or your favorite cocktail. Call it happy hour, call it taking the edge off, call it blowing off steam; we’re accustomed to leaning on alcohol when we need some help relaxing, which feels like a more difficult task than ever these days.

No judgment to anyone’s coping mechanisms, especially after the last few years, but it’s true that alcohol is one habit you don’t want to lean on too heavily. The physical and mental health risks of drinking are well-documented, yet it’s not always easy to objectively assess your own drinking habits and the risks that come with them. Let’s say you drink alcohol almost every day, but not in large amounts — a glass of wine or two, or a gin and tonic, or one hard seltzer. You’re not drinking heavily, but you are drinking regularly. At what point does that become unhealthy, or a habit to watch out for? Here, Christopher Johnston, MD, addiction medicine specialist and chief medical officer at Pinnacle Treatment Centers, has the answers.

Is It Unhealthy to Drink Alcohol Every Day?

“There is no risk-free frequency of drinking alcohol,” Dr. Johnston says. “It doesn’t matter what type of alcohol; the risk goes up as the amount of alcohol increases.” If you drink more frequently, he adds, your risk of negative consequences goes up, though there’s some risk even if you drink sporadically.

Short answer: yes, drinking every day is an unhealthy habit. Specifically, drinking frequently can lead to stomach issues, high blood pressure in the short and long term, and mental health conditions like depression and anxiety, Dr. Johnston says. Liver and nerve damage, memory problems, and sexual dysfunction are also common health effects. Daily drinking may also increase your risk of developing alcohol use disorder (AUD), particularly if you’re engaging in heavy drinking, which the National Institute on Alcohol Abuse and Alcoholism (NIAAA) defines as consuming more than three drinks on any day or more than seven drinks per week for women, and consuming more than four drinks on any day or more than 14 drinks per week for men.

Daily drinking may also increase your alcohol tolerance, which means you won’t feel the effects of alcohol as quickly. In other words, if you’re drinking to elicit a certain response in your body (such as feelings of relaxation or stress reduction), you may find yourself needing to drink more to get there. So even if you start out as a moderate drinker (one drink or less a day for women), daily drinking increases the likelihood that you’ll become a heavier drinker to overcome an increasing tolerance.

How to Evaluate Your Drinking Habits

The NIAAA defines moderate drinking as one drink or less per day for women and two drinks or less in a day for men. Binge drinking and heavy drinking are defined as consuming four or more drinks on any day for women or five or more drinks on any day for men, though heavy drinking can also be applied to women drinking more than seven drinks per week or 14 drinks per week for men. Substance Abuse and Mental Health Services Administration (SAMHSA) also defines heavy alcohol use as binge drinking on five or more days in the past month.

Binge drinking and heavy drinking can increase the risk of alcohol use disorder, or AUD, which is the impaired ability to stop or control alcohol use. AUD is diagnosed on a spectrum of mild, moderate, and severe. Some common early warning signs that you’re developing AUD, according to Dr. Johnston, include:

While drinking every day does not necessarily put you in the category of a heavy drinker or someone with AUD, it may increase your likelihood of developing those issues as well as other alcohol-related health problems. If you do drink every day or most days, it’s worth reevaluating your habits in view of the health risks they present, and considering decreasing your alcohol intake in favor of other coping mechanisms. With drinking, as with many things, moderation — in amount and frequency — is key.