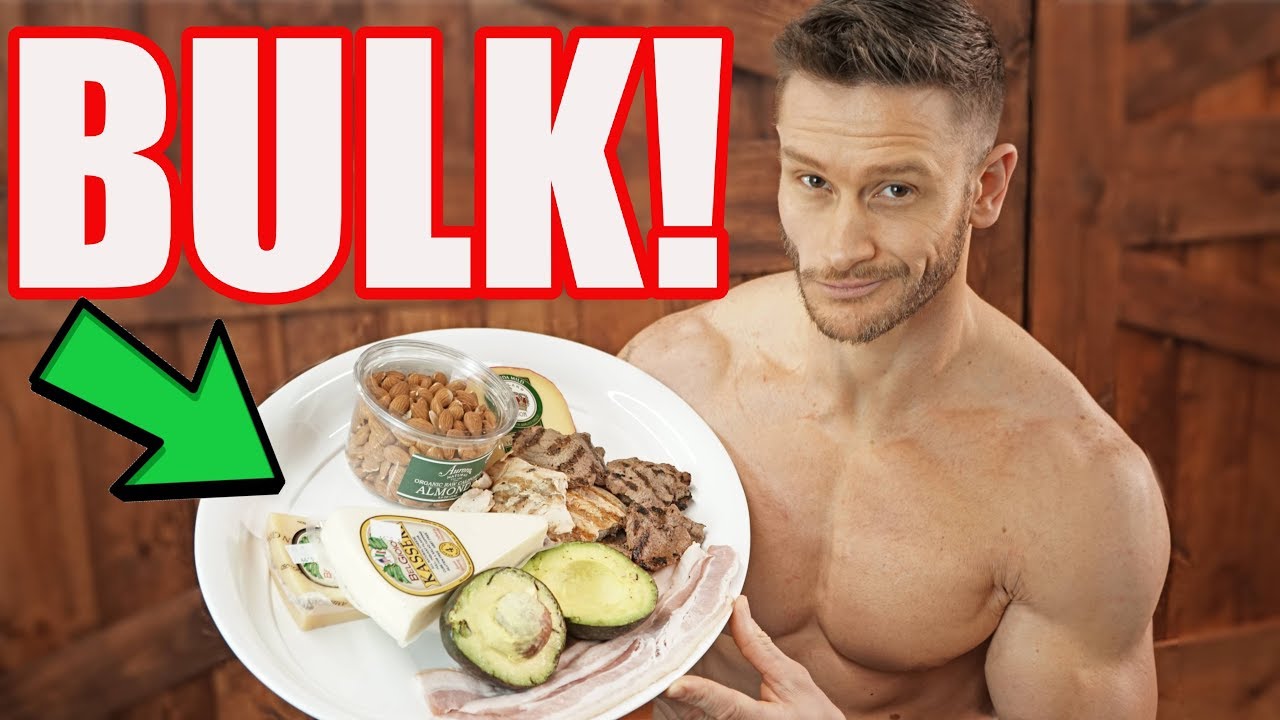 Get the Apparel I Wear at www.http://Hylete.com

How to Bulk and Gain Weight (Muscle) on Keto

26 resistance-trained men participated in the study and were split into two groups:

From weeks 1-11, the keto group gained roughly twice as much lean mass as subjects on the standard Western diet

The keto group “carbed up” in the final week of the study, which led to a gain of 6.6 pounds (3 kilograms) of lean mass

If you look at the results from weeks 1-10, before the keto group bumped up their carb intake, there was no significant difference in the rate of muscle growth between the two groups

The researchers even concluded that it’s, “likely that both groups gained similar amounts of muscle mass throughout the entire study.”

This study investigated the impact of an isocaloric and isonitrogenous ketogenic diet (KD) versus a traditional western diet (WD) on changes in body composition, performance, blood lipids, and hormonal profiles in resistance-trained athletes.

25 college aged men were divided into a KD or traditional WD from weeks 1-10, with a reintroduction of carbohydrates from weeks 10-11, while participating in a resistance-training program

Body composition, strength, power, and blood lipid profiles were determined at week 0, 10 and 11 – Metabolic panel and testosterone levels were also measured at weeks 0 and 11

And it was found that blood ketone (β‐hydroxybutyrate) concentrations were elevated within the range of 0.8–2.0 mmol*

Published in the Journal of Physiology, researchers found that low muscle glycogen concentration does not suppress the anabolic response to resistance exercise

In other words, lifting weights with low levels of muscle glycogen doesn’t impair the anabolic response to resistance exercise

Protein Synthesis in Absence of Carbs

After 60 min of resistance exercise, subjects consumed protein hydrolysate with either 0, 0.15, or 0.6 g x kg carbs during a 6-hour recovery period

Concluded that coingestion of carbohydrate during recovery does not further stimulate postexercise muscle protein synthesis when ample protein is ingested
https://www.ncbi.nlm.nih.gov/pubmed/17609259

Should note that at the four-hour mark, the differences between the two groups had evened out