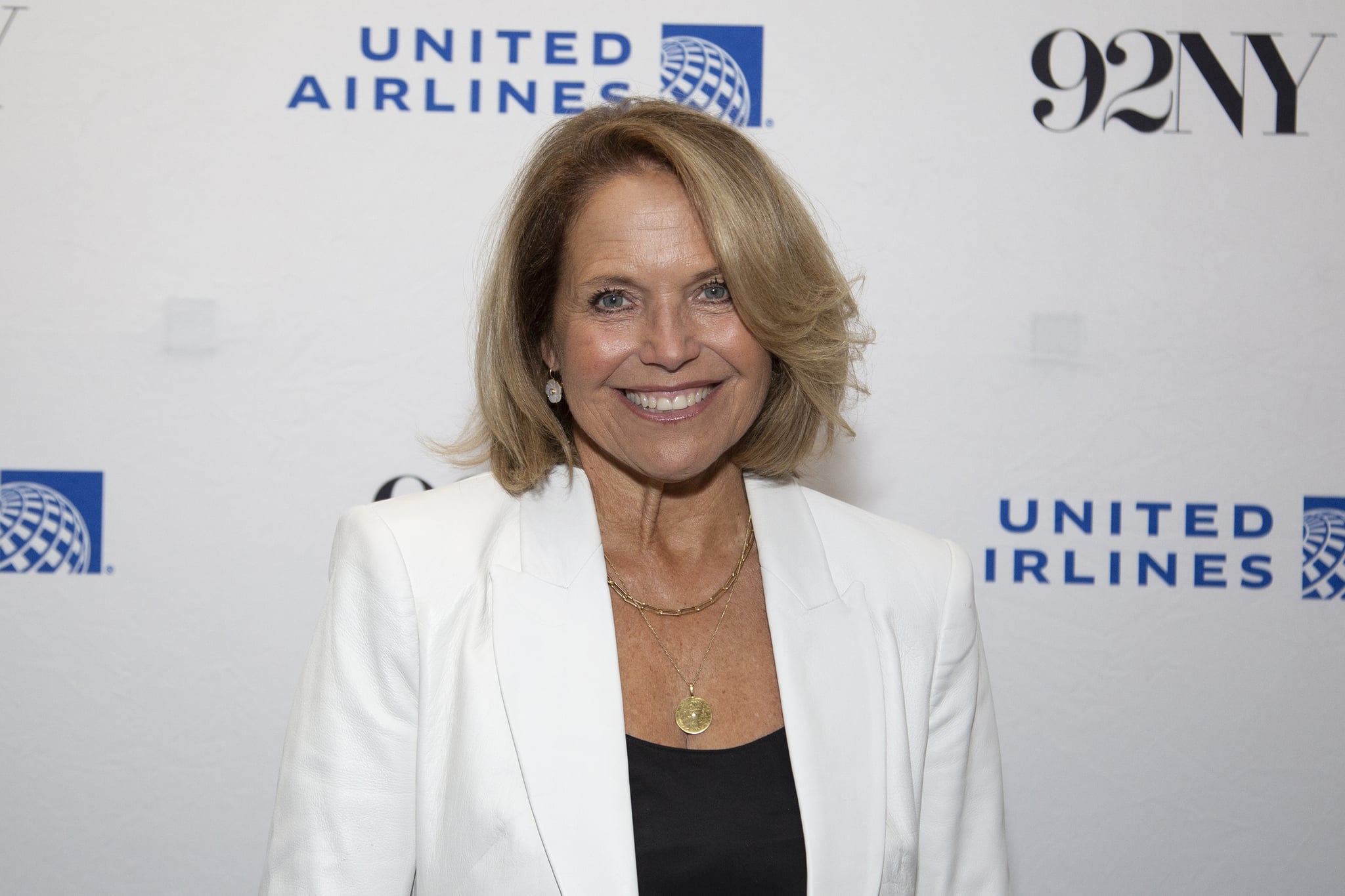 After Katie Couric opened up about being diagnosed with breast cancer this summer, the journalist recently confirmed she’s “feeling great” following radiation. During an appearance on NBC on Monday, she said, “I just feel super lucky that it was diagnosed when it was.”

On Sept. 28, the day after completing 15 days of radiation treatment, Couric penned an essay on her website revealing the life-changing news that came after an annual gynecological exam. Despite typically being on top of her health — “bordering on neurotic” even, as she says — Couric had lost track of time and was six months late for her annual mammogram. In the essay titled, “Why NOT Me?,” she shared that she immediately made her appointment.

Couric explained that because she has dense breasts, she usually does a breast ultrasound as well as a mammogram during her annual exam. The doctor saw something in the ultrasound and wanted to do a core needle biopsy to check the tissue. The next day, the call from the doctor came, explaining that she had cancer. “I felt sick and the room started to spin,” Couric wrote. “I was in the middle of an open office, so I walked to a corner and spoke quietly, my mouth unable to keep up with the questions swirling in my head. ‘What does this mean?’ ‘Will I need a mastectomy?’ ‘Will I need chemo?’ ‘What will the next weeks, months, even years look like?'”

She waited a few days to process the news on her own before individually calling her two daughters. “I was very reassuring, but I saw in their faces,” she told NBC. “It’s just hard to deliver that news no matter how you do it.” A few weeks later, Couric had a lumpectomy to remove the tumor in her breast, which was “2.5 centimeters, roughly the size of an olive.” The pathology showed that her cancer was stage 1A, and the likelihood of it returning was “low enough to forgo chemotherapy.” Her surgery was followed by radiation, which lasted from Sept. 7 until Sept. 27, and medication, which she’ll take for five years. The type of tumor that she had was detected early enough that it was “highly treatable.”

“I shudder to think what might have happened if I had put it off longer.”

Couric shared her story ahead of Breast Cancer Awareness month, and she’s hoping to remind others that they might need more than a mammogram for their annual screening. “Please get your annual mammogram,” Couric wrote. “I was six months late this time. I shudder to think what might have happened if I had put it off longer. But just as importantly, please find out if you need additional screening.” For those with dense breasts, additional tests, like an ultrasound, can be necessary for a closer look at the breast tissue. And according to her essay, the more dense your breasts are, the higher the risk of cancer is.

The issue is that many states don’t require their doctors to tell patients if they have dense breasts, and more concerning is the fact that even fewer states require insurance companies to “fully or partially reimburse patients for the cost of potentially lifesaving breast ultrasounds,” Couric explained.

Those who have an increased risk of breast cancer, due to dense breasts or family history (among other factors), should talk to their doctor about the best exam routine. According to the American Cancer Society, women with average risk should get annual mammograms starting at age 45 and move to every other year at age 55, but your doctor can help you come up with the best plan for you. Women are able to start their annual exams at age 40, and continue annually after 55 if they are at a higher risk for breast cancer.

Couric wrote that she’ll be covering every aspect of breast cancer on her website over the next month, but she left her readers with this message: “I can’t tell you how many times during this experience I thanked God that it was 2022. And how many times I silently thanked all the dedicated scientists who have been working their asses off to develop better ways to analyze and treat breast cancer. But to reap the benefits of modern medicine, we need to stay on top of our screenings, advocate for ourselves, and make sure everyone has access to the diagnostic tools that could very well save their life.”