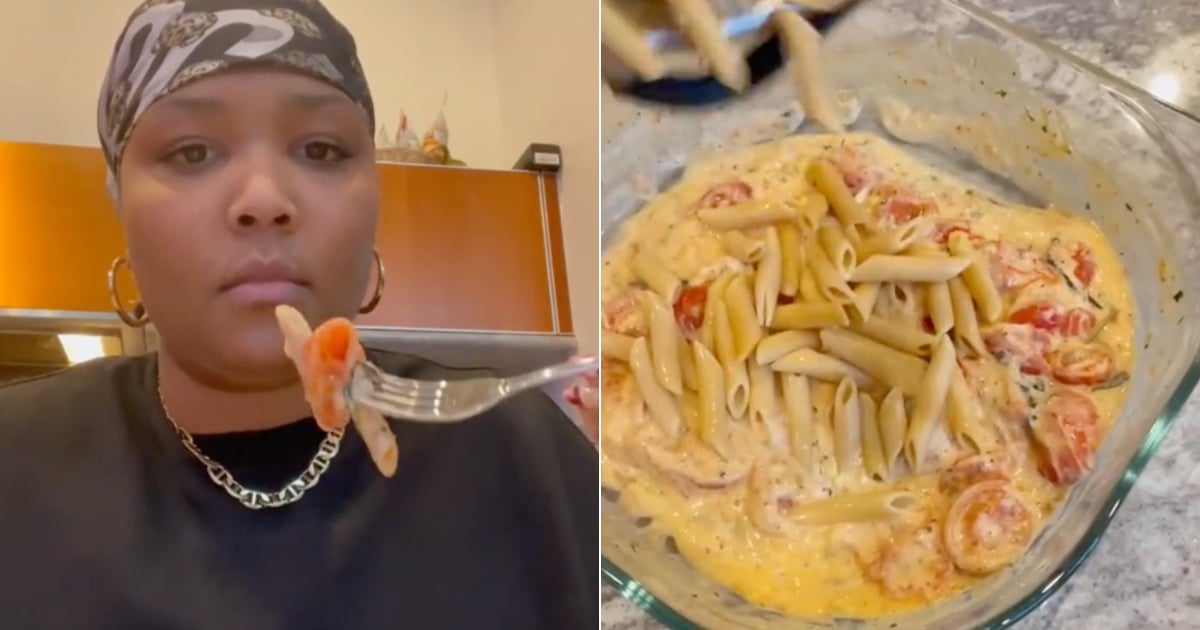 I FINALLY made *the* 💫pasta💫

♬ Fallin’ in a Garden – LLusion

In October, Lizzo celebrated six months vegan, and she recently shared that, over the past year, she has adopted other lifestyle changes such as cutting down on alcohol, taking up meditation, and working out. However, she says the key was ensuring that the shifts she made maintained her happiness. The singer often posts plant-based recipes she cooks up in her kitchen with love, and it’s about time she filmed her vegan version of TikTok’s famous baked feta pasta originally created by Finnish blogger Jenni Häyrinen.

In the video above, Lizzo lays out cherry tomatoes in a pan with garlic, vegan goat cheese from Spero, grape seed oil, and basil. She then adds her favorite toppings, honey and chili flakes, before placing the pan into the oven. Next comes the Banza chickpea penne pasta, which is a gluten-free alternative that’s high in protein and fibrous (one box has around 22 grams of protein and eight grams of fiber). She mixes everything together, and voila! Protein-packed, plant-based, Lizzo-approved baked pasta. If you’re plant-based, this is definitely a recipe to try — it looks good as hell.