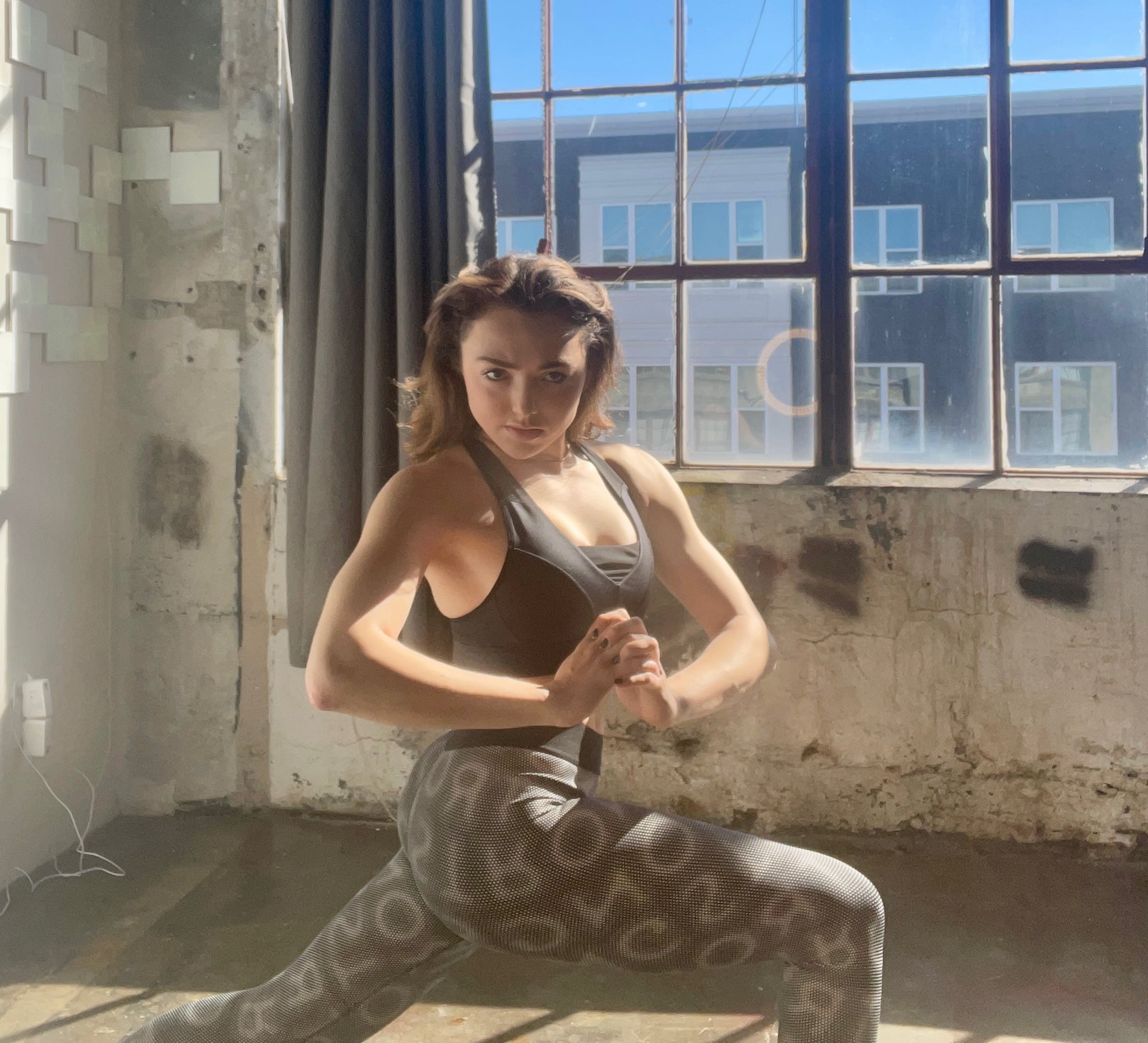 Peyton List portrays the ruthless teen Tory Nichols on Cobra Kai, and like her character, List has taken a few kickboxing classes in the past. Though List also played basketball and ran track and field growing up, she’d never done any karate before being cast in season two except for a 45-minute intro session leading up to that first fight scene against All Valley champ Miguel Diaz (Xolo Maridueña) in the Cobra Kai dojo. Now, as a soon-to-be regular for the upcoming fourth season of the series, List says her skills have noticeably improved, but not without intense work off camera.

List told POPSUGAR that, ever since her earliest episode as “Tory with a Y,” she aims to practice as much as possible. She takes martial-arts classes online or spends chunks of time going over moves with her stunt double. “If I can get it in every day, I do. And we go for hours and hours, and I’ve really fallen in love with martial arts,” she said.

Martin Kove, who plays the infamous Sensei Kreese and was in the original Karate Kid films on which Cobra Kai is based, even commended her for her progress after the most recent season. “He said, ‘When I saw you in season two the first time, I was talking to Billy [William Zabka] in the corner going, ‘Why did they hire this girl?’ Like, ‘Thanks, Marty,'” List recalled, laughing.

The fight scenes, List reflected, are more challenging to learn than her lines — especially scenes with a lot of hook kicks, she said — and the actors do most of their own stunts within reason (if there are falls or difficult flips, the stunt doubles will step in). After a day of endless punches and kicking, she’ll stretch and use her Hypervolt massage gun, but she said she definitely feels stronger since her role on this show began.

Aside from martial-arts training, List likes to do home workouts, and she particularly enjoys Strong Nation because it has upbeat music that syncs “perfectly,” she said, to the martial-arts-inspired moves. It’s a great high-intensity cardio workout, she noted, and “the teachers are sick.” One of these master trainers, Ai Lee Syarief, is actually a karate athlete and martial-arts champion.

List said she wishes she would have gotten into karate when she was younger. “If I ever have a kid, I’ll put them into martial arts, especially if it’s a girl,” she said. “I just think it’s so important to learn self-defense, and I feel so much stronger and so much more confident since seeking out martial arts. I wish I could go back in time and do that.”

Bottom line? Don’t mess with List. She can do more than just karate kick.

How to bulk up this winter 🔱 #gym
This 30-Minute Bodyweight Workout Proves You Can Make Cardio Low-Impact
How to Get a STRONG Swimmer Body!
This 5-Minute Dance Cardio Workout Is a Blast For the Whole Family
5 Solid Exercises You MUST Stop Doing (men over 40)