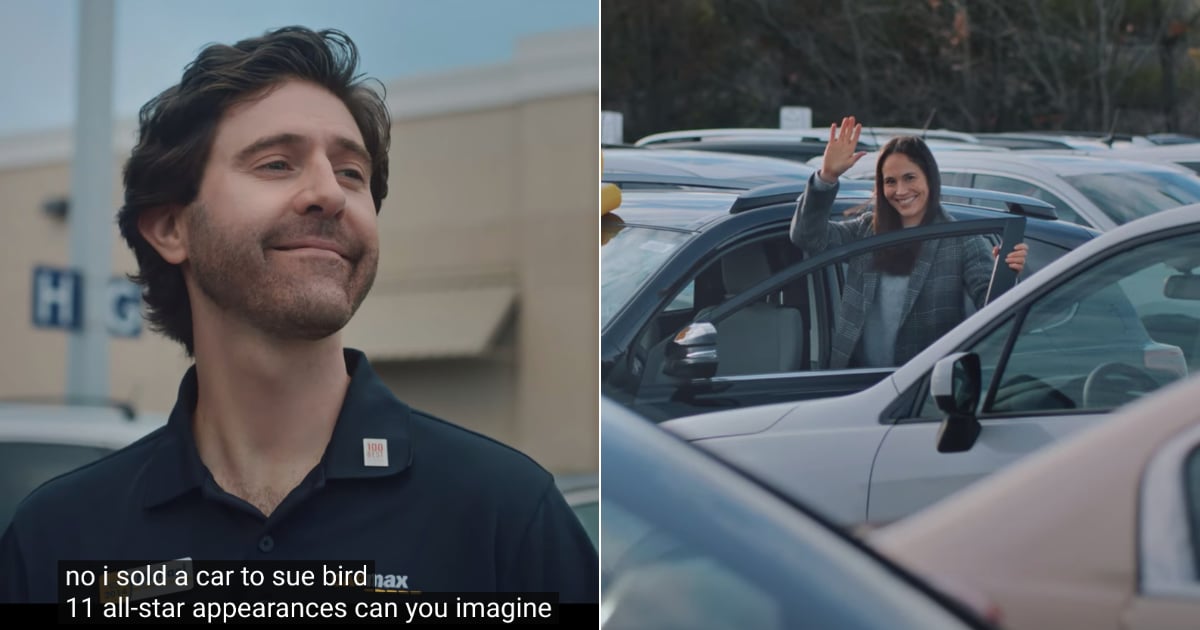 It’s exhausting talking (and thinking about) the obstacles that women in sports face every day. They’ve had to fight for pay equity as well as media coverage across disciplines, but they’ve also had to fight for basic levels of respect, as we recently saw with the NCAA March Madness tournaments. In a CarMax commercial, the company highlighted a true GOAT: four-time WNBA champion Sue Bird of the Seattle Storm. And though it was great to see her, the 30-second video really just pointed out the need to acknowledge women athletes’ success, whether the footage meant to or not.

In the ad above — which is part of a series of commercials that came out a few weeks back — Golden State Warriors star guard Stephen Curry walks up to a CarMax salesperson, who says, “Man, if you’d have told me this morning I’d be working with a four-time champ . . .” before Curry goes to correct the salesperson (he’s won three). Then, the camera pans over to Bird getting into the driver’s seat of a car. She waves, and it’s all very funny. “Eleven All-Star appearances. Can you imagine?” the salesperson states, to which Curry replies, “I mean, I’m working on it.”

It’s a small yet significant point: don’t undermine the accomplishments of women athletes. Give them the respect they deserve. Bird’s fiancée, USWNT star and Olympian Megan Rapinoe, retweeted the commercial with heart eyes (rightfully so). The Atlanta Dream’s Elizabeth Williams tweeted, “I mean that wave alone deserves an Emmy tbh.”

Bleacher Report’s Taylor Rooks referenced a book she’d read on treating men as the “default,” seemingly referring to Invisible Women: Exposing Data Bias in a World Designed For Men by Caroline Criado Perez. Rooks added, “I remember talking to someone who said Seattle needs a basketball team. But Seattle has one. And the Storm are champions.” Then, she tweeted, “I say all that to say: the Stephen Curry/Sue Bird commercial is important. Not because there is a woman in it. But because the woman is painted as the standard.”

A separate commercial shows Bird, only the third player in American professional basketball history to win championships in three different decades, telling the CarMax rep the code to her house when he’s dropping off her vehicle. “It’s G-O-A-T,” she says, an acronym for “greatest of all time.” And don’t you forget it.