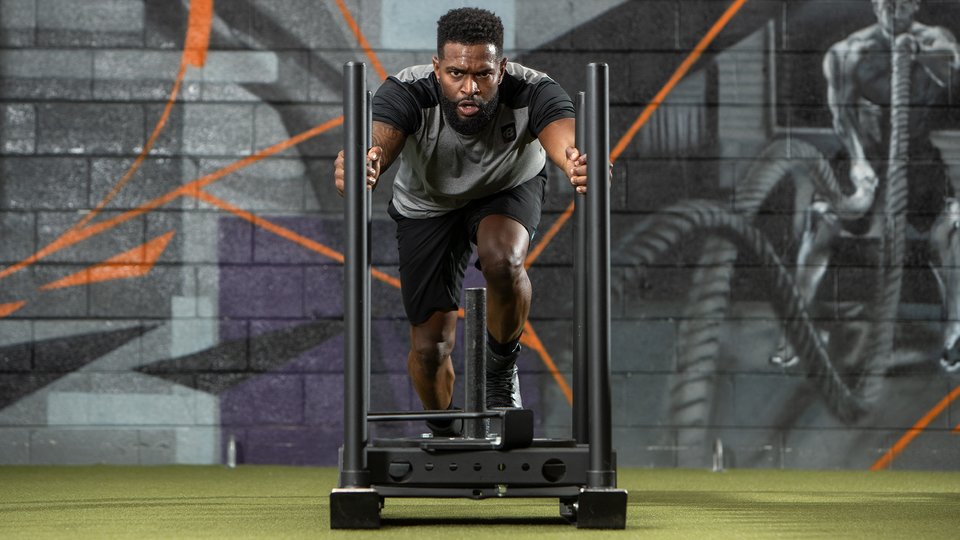 Is creatine an ergogenic substance or a modern-day nootropic? There’s often a fine line between the two. Some herbs and adaptogens that we learned to use for physical performance from traditional Chinese and Ayurvedic medicine are more popular today for boosting brain function, while some of the synthetically derived chemicals that have become available in recent decades were developed as brain-altering nootropics but were later found to enhance athletic performance, as well.

Here’s a rundown on six of the hottest supplements that we now know offer ergogenic as well as cognitive-enhancing effects. For an in-depth discussion of dosing principles, read this.

Creatine, most commonly sold as creatine monohydrate, is the classic example of an ergogenic substance with other benefits. Bodybuilders and strength athletes have long used creatine to support muscle size and strength, but the same mechanism that does that also supports the brain.

Creatine helps cells regenerate energy in the form of ATP more rapidly, which can increase training volume and also positively affects cognition.[1] Vegans, vegetarians, the elderly, and females who don’t get enough protein and creatine in their diet are most likely to respond favorably to creatine supplementation.[2] Research indicates that when subjects take 5 grams of creatine per day for prolonged periods of time, or with creatine-loading doses of 5 grams four times a day for seven days, creatine supplementation can help improve cognitive performance. The effects are particularly significant when the brain is severely taxed, such as in response to sleep deprivation, during extremely demanding cognitive tasks (assessing and solving complex problems), or when oxygen availability is low (high altitudes, deep water diving, or poor oxygen-rich blood flow to the brain such as occurs with people on blood thinners or the elderly).[1,3]* 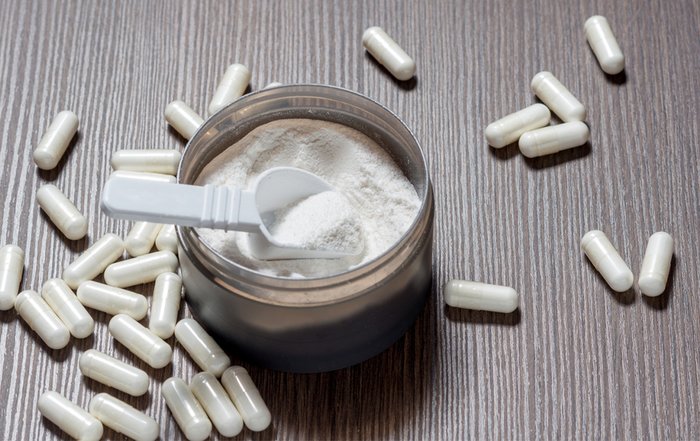 Caffeine is the world’s most consumed stimulant because of its presence in coffee, tea, and soda. It’s also ubiquitous in sports nutrition pre-workout products, energy drinks, and nootropics.

Caffeine supplementation has been shown to improve reaction time, concentration, alertness, and decision-making, and it can also improve mood.

Despite those cognitive benefits, most fitness enthusiasts use caffeine for its effects on physical performance. It can increase power output, strength, and training volume, and delay the onset of fatigue.[4]*

Caffeine supplementation can have significant effects when you’re sleep deprived or exercising to fatigue.[5] Is it any wonder that caffeine is the go-to ingredient in nearly all things sports-related and that it’s banned in high doses by the World Anti-Doping Association (WADA)?

Whereas one cup of coffee can help clear the morning cobwebs and improve your focus, drinking an entire pot of coffee can lead to increased anxiety, nervousness, and irritability. As with many stimulants, the use of caffeine follows a bell-shaped curve, in which there’s an optimal level of caffeine that enhances both physical readiness and cognitive performance; too much of a good thing, and the benefits can be replaced by effects that are counterproductive.[6]

Acetyl L-carnitine is a naturally occurring derivative of the amino acid L-carnitine, which is responsible for shuttling fatty acid CoAs into the cell mitochondria to generate ATP. The acetylated form of carnitine has become particularly popular as a nootropic because of its reported role in neuroprotection, specifically, its antioxidant-like role in protecting mitochondria from the adverse effects of physiological stress due to strenuous exercise, aging, toxins, etc.[7] 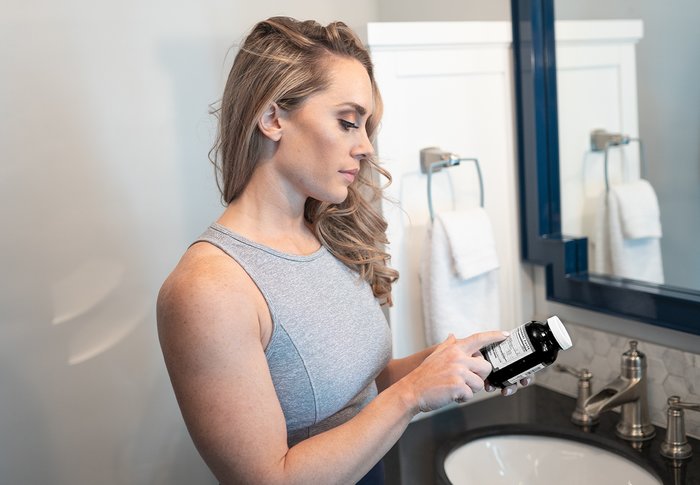 For example, a number of animal studies suggest that acetyl-L-carnitine can enhance nerve growth factor and improve mitochondrial function following physiological stress or injury, and the acetyl group can be used for energy or as a precursor of acetylcholine and other amino acid neurotransmitters within the brain; for example, GABA and glutamate. Data is lacking on acetyl-L-carnitine in healthy, active humans, but at least one study of adults over 70 suggests that acetyl-L-carnitine availability can affect both physical and cognitive fatigue.[8]*

Rhodiola rosea is one of a select group of herbs characterized as an adaptogen, which means that it supports the body in adapting to physiological stress and is considered highly safe. The most common use of Rhodiola is as an anti-fatigue aid for both physical and mental tasks.[9]

Withania somnifera, aka Ashwagandha, is also classified as an adaptogenic herb and it is included in many nootropic formulas to support cognitive and psychomotor performance. In a recently published review of studies, researchers concluded that there is favorable evidence in support of the use of ashwagandha for “improved performance on cognitive tasks, executive function, attention, and reaction time.”[10]*

One study, for example, found that consuming 500 milligrams per day of Sensoril, a trademarked form of ashwagandha, for two weeks improved markers of cognitive performance, such as reaction time.[11] Another study showed benefits on concentration and mental stamina.[12] Similarly, 250 and 600 milligrams per day of KSM-66 brand ashwagandha, when taken daily for eight weeks, significantly reduced anxiety and perceived stress, improved sleep, and decreased the stress hormone cortisol versus a placebo.[13]* 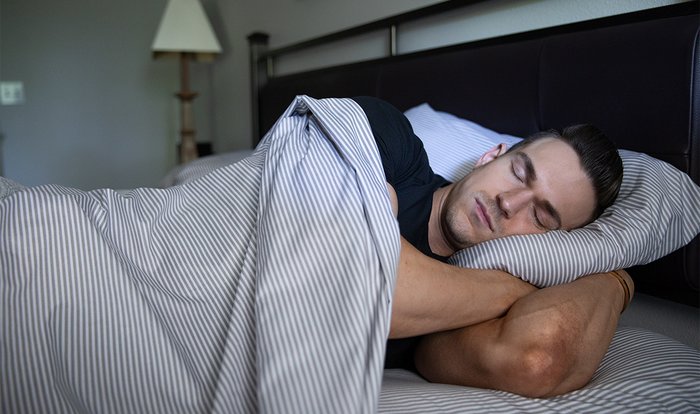 Other evidence points to a more direct application to physical performance. For example, the consumption of 500 milligrams per day of Sensoril for 12 weeks by recreationally active men significantly improved strength and power, time trial performance, and perceived recovery from exhaustive exercise.[11] Another exercise study, in which subjects took 600 milligrams per day of KSM-66 brand ashwagandha for eight weeks, observed significant increases in both muscle size and strength when they used the herb in combination with a resistance training program.[14]*

Nootropic enthusiasts have fallen in love with the ketogenic diet, but the majority of consumer and retail interest focuses on use of supplemental ketones for physical performance. That means exogenous ketone esters, not made in the body, as opposed to increasing the body’s production and use of ketones by following a strict ketogenic diet as an alternative fuel to replace glucose.

One study reported that consuming approximately 260 milligrams of ketone esters per pound of body weight (about 45.5 grams of ketone esters for a 175-pound adult), in addition to carbohydrates, prior to 90 minutes of cycling, increased endurance performance by about 2-3 percent in the final 30-minute time trial.[15] The combination of ketone esters plus carbs also lowered blood lactate and decreased protein breakdown. The most beneficial use of supplemental ketones may be as an alternative fuel source when you’re trying to limit carbohydrate intake, and in combination with resting conditions or moderate-intensity endurance exercise.[16]

Skeletal muscle, though it makes up the greatest total mass in most athletes, isn’t the biggest consumer of energy in your body. That mess of a brain, which may be only 2 percent of your total body weight (seemingly, much smaller for some), is in fact an energy-consuming maniac. That explains why your body was designed with an efficient back-up plan for when glucose (the energy currency from carbohydrates) isn’t available and why it gets its fuel from a number of sources. Whenever ketones are presented to your brain, they are taken up and used for energy. A recent study showed that not only are these alternative fuel molecules used efficiently by the brain, but making them available—either through ketogenic dieting or supplemental ketones—may stabilize brain function and help reduce the age-associated decline common in those who eat a carbohydrate-based diet.[17]*

*These statements have not been evaluated by the Food and Drug Administration. This product is not intended to diagnose, treat, cure, or prevent any disease.

7 Quick Exercises to Get a Bigger Back
Should We Be Worried About Titanium Dioxide in Our Tampons?
Preparing for your colonoscopy
Lose Thigh Fat: Exercise To Reduce Thigh Fat At Home
15 min HIIT Workout *No Equipment Needed | Men’s Fitness