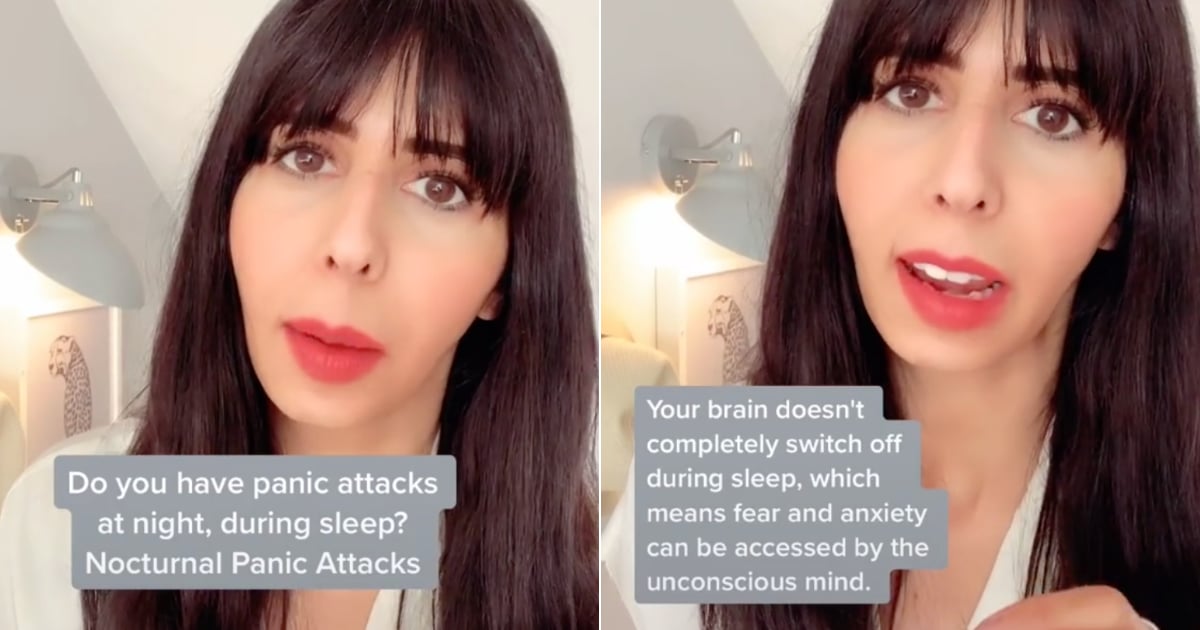 You might be familiar with panic attacks: a sudden episode of intense fear, even when there is no cause or danger, that triggers severe physical reactions, such as racing heart, the shakes, tight chest, and even arm pain that feels like a heart attack. You might think you are losing control or dying. And while panic attacks may seem to happen out of nowhere, they can also occur in the middle of the night, which can be even more frightening.

Clinical psychologist Kirren Schnack, known as Dr. Kirren on TikTok, has a popular account describing and offering tips on taking care of your mental health. In a video from February, she explained what nighttime panic attacks, or nocturnal panic attacks, are. She described that they usually happen in the early part of the night during the sleep/wake transition because your brain doesn’t completely switch off during sleep. Since your brain can still access feelings of anxiety and fear, you may wake up feeling terrified and having the same physical reactions as a daytime panic attack: racing heart, chest pain, and having a hard time breathing. Although they only last a few minutes, they can be scary.

Dr. Kirren went on to offer several tips on how to deal with nocturnal panic attacks, such as reminding yourself it will pass, getting out of bed, breathing deeply through your nose and out of your mouth, and finding other ways to calm down and induce sleep, such as reading or performing a low-intensity chore. As alarming as nighttime panic attacks are, Dr. Kirren wants you to know that it’s temporary and you will recover. Scroll through to see her explain what a nocturnal panic attack is and her tips for handling them.