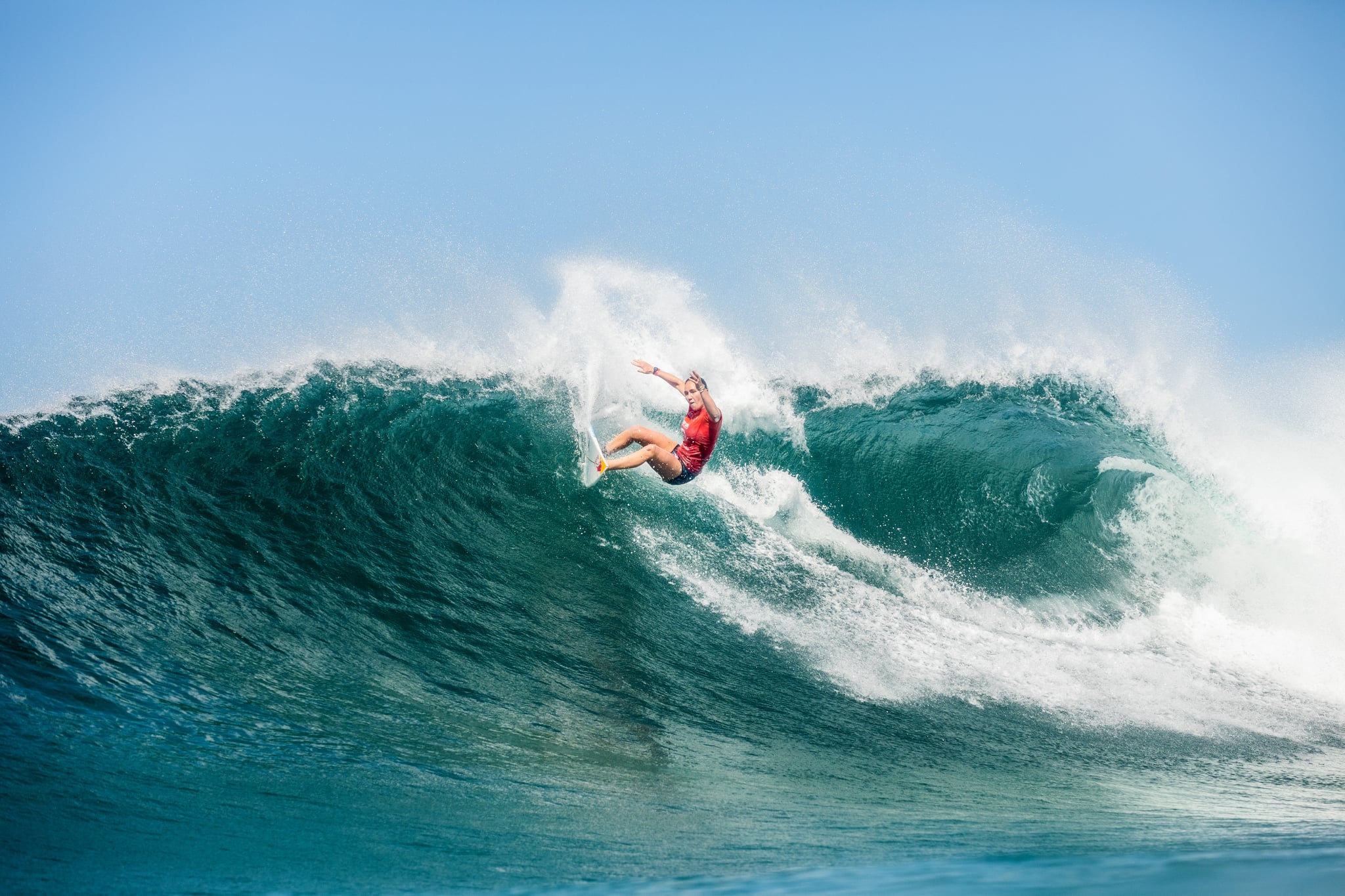 Surfing will make its Olympic debut in Tokyo this summer, so if you want to feel like an expert while watching Games, now is the perfect time to learn how the competition is structured and scored. Fortunately, you don’t need to take any surf lessons to find answers — we’ve got you covered with a complete guide to how Olympic judges score these impressive stunts.

How Is Surfing Scored?

In order to encompass all the different elements of the sport, a panel of judges scores surfers based on several different components, similar to sports like gymnastics or figure skating. According to the Olympic Channel, surfing is scored based on five criteria:

How Is the Olympic Surfing Event Structured?

According to the Olympic Channel’s scoring breakdown, a panel of five judges will score each wave that a surfer catches, on a scale of one to 10 with two decimal places. For each wave, the highest and lowest scores are discarded, and the remaining three are averaged. At the end of a heat, each surfer’s two highest-scoring waves are combined for a total; a “perfect” heat would be 20 points, or two waves earning perfect 10s.

Four athletes can be surfing at any given time during a heat, although it hasn’t yet been clarified publicly how the Olympic athletes will be seeded or grouped. The top two of each heat advance to the next, until the winner and other medalists have been determined. We can’t wait to see the talented surfers competing at this year’s Olympics!

To learn more about all the Olympic hopefuls, visit TeamUSA.org. Watch the Tokyo Olympics this summer on NBC.

Health News You Can Use: Men’s Health Awareness Month: Prostate and Testicular Cancer
Progressing the Deadlift: A Beginner to Expert Level Guide
Alexa Gasparotto Qualifies for 2023 US Figure Skating Championships
These Are the Best Black Friday Deals on Fitness and Wellness Products
This Milky Toning Lotion Keeps My Dry Skin Hydrated and Moisturized