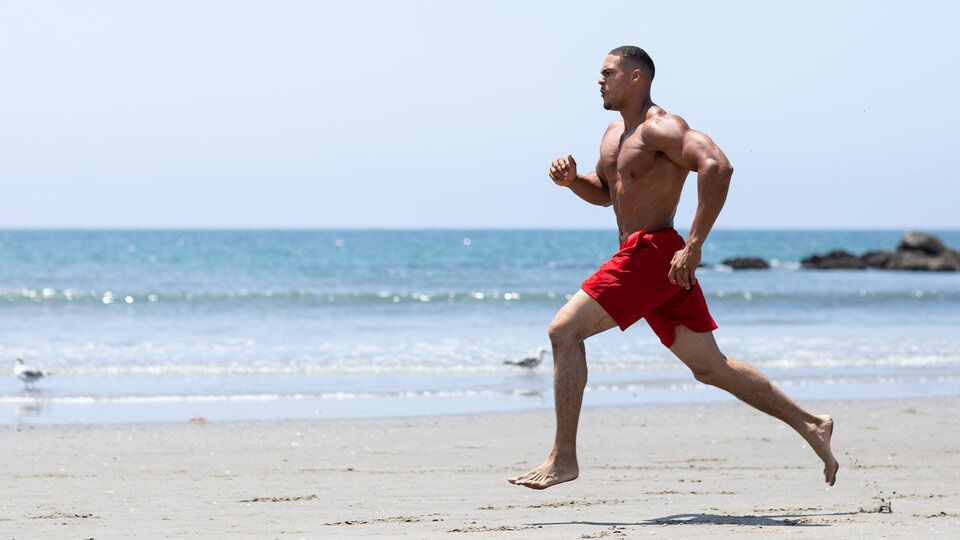 At this point, more runners and cyclists know they should lift. But talk to some bodybuilders and gym rats, and they might still consider ”endurance” a four-letter word. After all, if size is the prize of all those reps under the bar, why in the world would you risk losing your gains by going for a run?

Here’s why: The risks have been dramatically overstated and the benefits have been underplayed—or maybe they were just forgotten. Some of history’s great physiques were built with endurance sports as a ”secret weapon.”

Here’s why endurance training should be in your arsenal.

1. Endurance Helps You Train Harder in the Gym

“I have always believed that cardiovascular endurance is almost as important to a bodybuilder as muscular endurance,” writes Arnold Schwarzenegger in his book, ”The New Encyclopedia of Modern Bodybuilding.” ”The fact is, the better conditioned your heart, lungs, and circulatory system, the more intense training you will be able to do in the gym, and the more progress you will make as a bodybuilder.”

His old-school recommendation is to run a few miles on most days. Yes, we’re talking about Arnold, here! But his recommendation stands up today, says hybrid performance coach Alex Viada, who coached bodybuilder Kris Gethin in his Man of Iron video series, where Gethin trained for an iron-distance triathlon.

Just don’t expect it to be easy at first. ” The beginning part is frustrating because it’s new—not because you’re physically incapable of it,” says Viada in Man of Iron. “There are going to be ups and downs, but you’ll get there. Everyone’s got to start somewhere.” 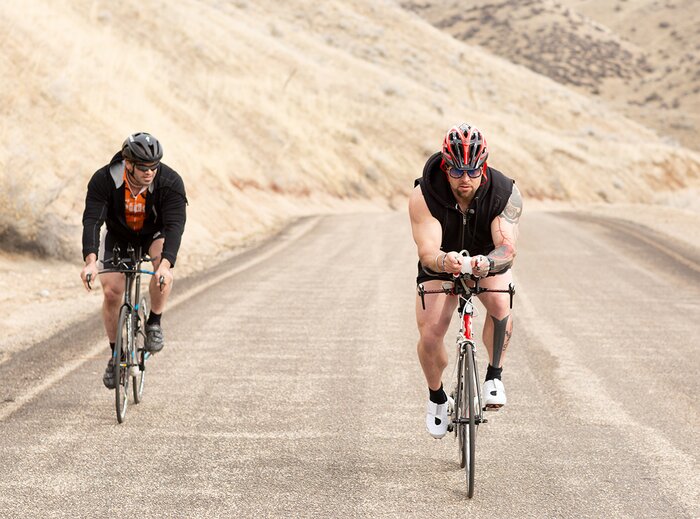 Alex Viada and Kris Gethin put in some miles after going heavy in the gym.

2. You Can Add Muscle and Definition

Bodybuilder Tom Platz’s leg days were the stuff of legend. Heavy sets of 20-30 reps on the hack squat and back squat were the norm, and at one point, he even squatted 250 pounds for 10 minutes straight. That much you might have heard. But did you know that he’d often follow up those epic workouts by going out and riding his bike for 20 miles or more?

That may seem like overkill, but here’s why it makes sense: Endurance work preferentially builds the slow-twitch or Type 1 muscle fibers, which are what primarily power endurance sports. If you’ve been building your body with classic size-and-strength rep schemes like 5×5 or even 3 sets of 8-12, you’ve probably been utilizing more Type 2 or fast-twitch muscle fibers. Doing endurance work as well as lifting can give you the best of both worlds.

Another advantage of biking: similar to sled pulls, there is no eccentric (lowering) contraction. This means it usually doesn’t inflict the same degree of muscle damage and soreness as squats—usually!

Fueling for endurance is about more than what you eat! Stay hydrated to perform optimally in the heat.

3. It Boosts Sleep and Combats Soreness

If you’re wondering why your workouts are leaving you wrecked, your lack of endurance cross-training could be the reason! And the upside of better sleep and less soreness? You can recover more quickly to get back in the gym again. 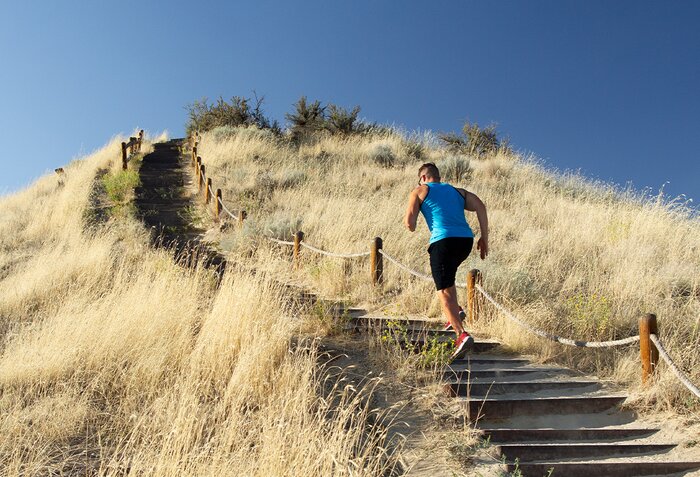 4. You’ll Be Around to Flex Longer

Sure, heart health isn’t as sexy as six-pack abs, but let’s not forget about the ”cardio” component of endurance sports. For example, one study concluded that ”leisure time” runners are 45 percent less likely to die of heart disease than non-runners.

This doesn’t mean you need to run specifically. But it should make you ask yourself: For all the time I spend making my muscles bigger and stronger, am I weak in the most important muscle of all?

Put It into Action

Pick an activity you enjoy: Hate the elliptical? Then skip it. Running, cycling, swimming, obstacle course racing, sports—find what calls to you.

All types of athletes need to prioritize protein. Eat enough and do what you love without fear.

How to Start a Keto Diet
Zella Leggings Are Great — Here’s How to Know Which Ones You Should Buy
Chic and Comfortable: These Pieces Will Have You Looking Forward to Your Work Commute
My Wellness Manifesto? Learn How to Choose Yourself
Chest+Shoulder Workout for Men at Gym #shorts #workout #mshealthylife #abs