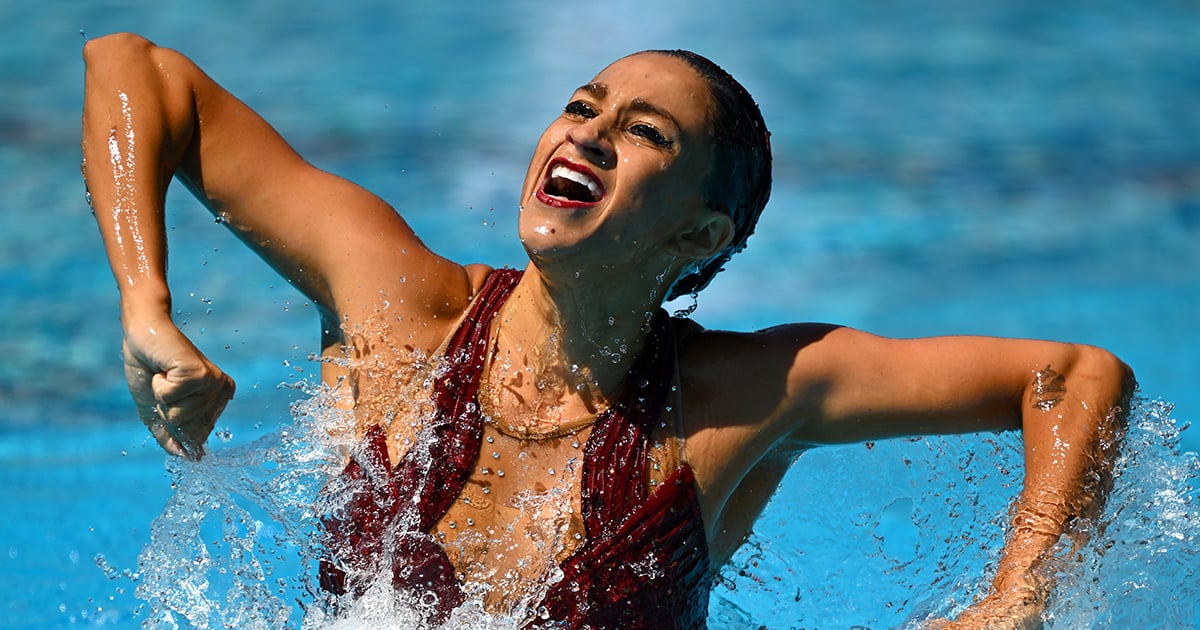 Two-time Olympic swimmer Anita Alvarez was rescued by her coach after fainting during the FINA World Aquatics Championships in Budapest, Hungary. On Wednesday, the artistic swimmer for Team USA reportedly lost consciousness and started to sink shortly after finishing her solo routine at the event. Luckily, her coach, Andrea Fuentes, noticed Alvarez and acted quickly, diving into the pool while still fully clothed to save the athlete. In a statement via USA Artistic Swimming’s Instagram on Wednesday evening, Fuentes shared that Alvarez had been monitored by doctors and “feels good now.”

“[W]e push through limits and sometimes we find them.”

“Anita is okay — the doctors checked all vitals and everything is normal: heart rate, oxygen, sugar levels, blood pressure, etc . . . all is okay,” said Fuentes, who’s won four Olympic medals for synchronized swimming. “We sometimes forget that this happens in other high-endurance sports. Marathon, cycling, cross country . . . we all have seen images where some athletes don’t make it to the finish line and others help them to get there. Our sport is no different than others, just in a pool, we push through limits and sometimes we find them.”

Despite the medical emergency, Alvarez finished seventh in the solo free event and, according to Fuentes, delivered “her best performance ever.” USA Artistic Swimming also reported Alvarez “will continue to be monitored” as the swimmer and medical staff decide whether she will be able to compete in the team final on Friday.

In a similar event last year, Alvarez lost consciousness at the end of a routine with her partner before Fuentes dove in to rescue the swimmer. “Sometimes people pass out because our job is to discover our limits,” the coach said in an interview with “Good Morning America.” “That’s what we do as athletes.”