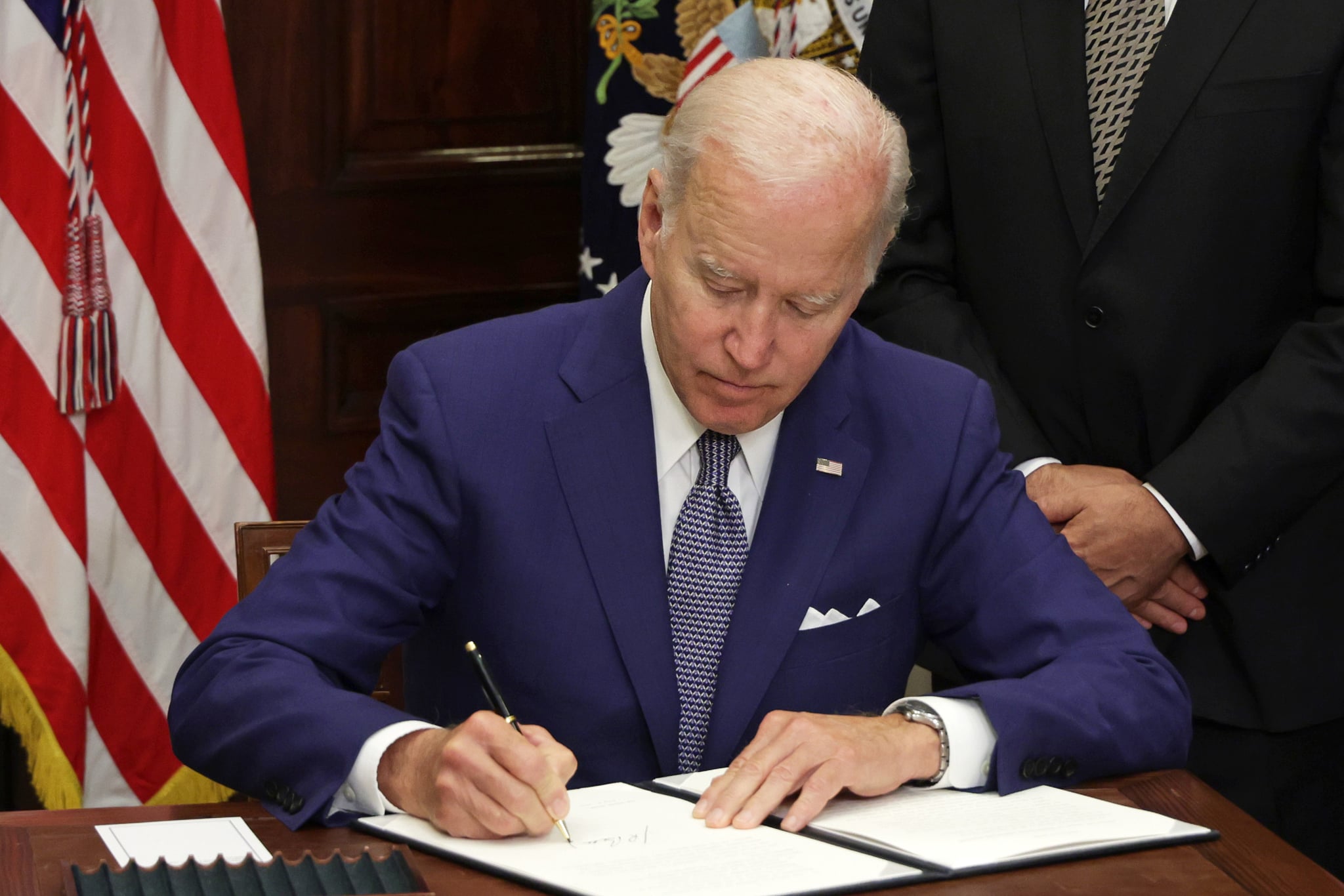 When the Supreme Court overturned Roe v. Wade in late June, people immediately called on President Joe Biden to do something to protect reproductive rights in America. It took a few weeks, but he listened: on July 8, Biden signed an executive order activating various reproductive-healthcare protections in response to the Supreme Court’s decision.

“It remains the policy of my administration to support women’s right to choose and to protect and defend reproductive rights,” the Executive Order Protecting Access to Reproductive Health Care Services states. “Doing so is essential to justice, equality, and our health, safety, and progress as a nation.”

Moments before signing the order, Biden delivered remarks from the Roosevelt Room of the White House, where he was joined by Vice President Kamala Harris and Secretary of Health and Human Services Xavier Becerra. In addition to outlining the multipronged plan, Biden admonished the high court’s decision and predicted higher liberal-voter turnout in the coming midterm elections. “Consider the challenge accepted, Court,” Biden said. “But in the meantime, I’m signing this important executive order.”

The order sends directives across federal agencies, most notably promising expanded protections for access to medication abortion, emergency contraception, and emergency medical care for people seeking abortions or experiencing pregnancy loss. In an effort to protect the privacy of patients and medical providers, Biden also asked Attorney General Merrick Garland and Secretary of Homeland Security Alejandro Mayorkas to take action to ensure the safety and security of anyone who might be seeking or providing these medical services. He also asked the Federal Trade Commission to consider taking further action to protect users’ privacy (something that’s been called out in the discussion around period-tracking apps, for example) and meaningfully address disinformation online. Finally, the administration says it will gather pro bono attorneys, bar associations, and public-interest organizations together in a meeting to “encourage lawyers to represent and assist patients, providers, and third parties lawfully seeking these services throughout the country.”

While it all sounds promising, it’s important to note that the executive order does not override the Supreme Court’s decision or create any immediate changes in the situation. The 50 states are still able to set their own abortion policies.

Amid criticism that the Biden administration isn’t working swiftly enough to address dwindling reproductive rights in the nation, Biden said the responsibility to codify Roe lies with Congress: “The fastest way to restore Roe is to pass a national law, which I will sign immediately upon its passage on my desk.” He added, “The challenge is go out and vote. For God’s sake, there’s an election in November. Vote. Vote. Vote. Vote.”