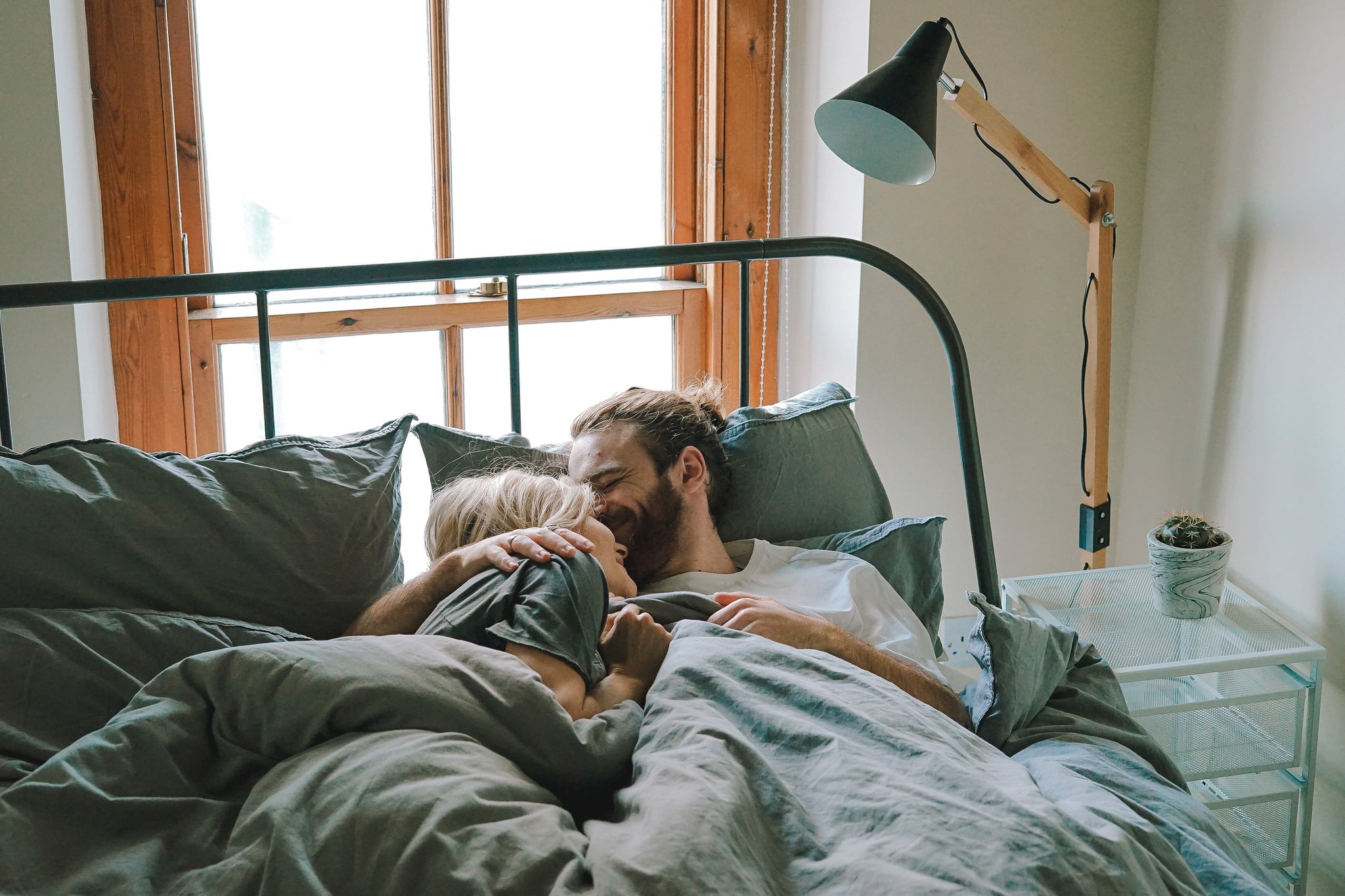 For most of my adolescence, I was under the impression that bleeding after sex only occurs when you “pop your cherry,” or break the hymen, a crescent- or ring-shaped piece of tissue at the opening of the vagina. As it turns out, the idea that the hymen tears when you lose your virginity is largely a myth, and even when damage to the hymen does occur as a result of penetration, it’s just one of many reasons you may experience bleeding after sex, no matter how long you’ve been sexually active.

Catherine Bevan, MD, FACOG, ob-gyn division director for Texas Health Care, explains that postcoital bleeding can occur due to a number of conditions, from sexually transmitted infections (STIs) to vaginal dryness. You may even experience bleeding after particularly vigorous sex, which can cause small cuts or tears in the vagina. Although bleeding after sex is common, it isn’t something you should ignore. Many of the conditions that can cause postcoital bleeding require testing and treatment. Keep reading to learn more about the most common causes of bleeding after sex and when experts recommend speaking to your doctor.

Is It Normal to Bleed After Sex?

It absolutely can be normal to bleed after sex, Dr. Bevan says, though it’s never a bad idea to flag your symptoms to a doctor. Factors like your sexual history and age can often help pinpoint a cause: Do you regularly use a condom? Are you menopausal? Did you recently start having penetrative sex for the first time?

While an isolated incident generally isn’t cause for concern, it’s important that you make an appointment with your ob-gyn if the bleeding you’re experiencing after sex is persistent, worsening, or heavy, or if you have pelvic pain, cramping, fever, or a history of abnormal Pap smears. “Heavy postcoital bleeding that requires a new pad after an hour or a fever greater than 100.4 warrants immediate attention,” Allison Canavan, MD, FACOG, a board-certified ob-gyn in California, tells POPSUGAR. Testing may include a pelvic exam, screening for STIs, a Pap smear, and sometimes imaging, such as an ultrasound or CT scan, depending on your symptoms.

Causes of Bleeding After Sex

These are the most common reasons you may experience postcoital bleeding, according to experts.

Damage to the hymen can result in a small amount of bleeding, according to Georgia-based ob-gyn Jennifer Kaby, MD, MPH. While this can happen the first time you have penetrative sex (or later, if a partner has a larger girth), the hymen can also stretch or tear from using tampons or even riding a bike. However it happens, this spotting is not cause for concern and will heal on its own.

“Postcoital bleeding can occur with sexually transmitted infections, particularly any that cause irritation of the cervix such as gonorrhea, chlamydia, or even trichomoniasis,” Dr. Canavan explains. She adds that genital herpes ulcers can also cause vaginal bleeding if they’re severely irritated, though this is unlikely. If you think you may have contracted an STI, it’s important to see your doctor. If left untreated, an STI can turn into pelvic inflammatory disease (PID), so get tested regularly and watch for telltale signs including yellow or green discharge; vaginal irritation or odor; and pelvic pain.

“Pelvic inflammatory disease is an infection involving the cervix, uterus, and surrounding organs that often leads to pelvic pain and significant cramping, as well as bleeding after intercourse,” Dr. Canavan tells POPSUGAR. Typically, PID is caused by untreated STIs such as chlamydia and gonorrhea; however, PID can also be spurred by infections that aren’t sexually transmitted, like those that can result from douching. If you have vaginal bleeding after sex in addition to pelvic pain, significant cramping, foul-smelling discharge, or a fever, talk to your doctor.

Vaginal dryness can also result in bleeding after sex and often occurs due to a decrease in estrogen levels. “This is something more commonly seen in breastfeeding patients where estrogen levels are super low, as well as in menopausal and postmenopausal patients as the ovaries aren’t producing as much estrogen as they once were,” Dr. Bevan explains. If you are postmenopausal and have vaginal bleeding, Dr. Bevan recommends getting a vaginal sonogram immediately to rule out uterine cancer. Whatever reproductive stage you’re in, it’s best to talk to your doctor if you’re experiencing vaginal dryness. Depending on the cause, your doctor may prescribe vaginal estrogen in the form of a cream or tablet or suggest lubricants that can help make sex less painful.

Polyps are one culprit that can cause quite a bit of bleeding after sex. “A cervical or endometrial polyp is a benign growth of either cervical stroma or endometrial tissue,” Dr. Kaby says. “This overgrowth or protrusion of tissue makes the small vessels inside the polyps less protected. When friction or mechanical contact occurs, they bleed.”

If you’re struggling to understand what a polyp is, imagine them as little skin tags on the cervix or in the uterine lining, Dr. Bevan says. These “skin tags” have a feeder vessel that helps them grow. When they’re brushed against during sex, they become irritated and, consequently, bleed. While most cervical polyps can be removed in the office by your doctor, Dr. Canavan says endometrial polyps may require a minimally invasive procedure such as a hysteroscopy, which uses a small camera to look inside the uterus.

Friable cervix is a medical term used to describe cervical tissue that’s extremely sensitive. Its fragility means it’s more prone to irritation, discomfort, postcoital bleeding, and even tearing after penetration. Dr. Kaby explains that a friable cervix often stems from infections caused by a pH imbalance, such as bacterial vaginosis or a yeast infection. If you’re experiencing symptoms of an infection, such as unusual discharge, itching, or burning, it’s time to make an appointment.

Cervical dysplasia is a precancerous condition that occurs when abnormal cells grow on the lining of the cervix, Dr. Canavan says. Symptoms of cervical dysplasia, while not always present, can include painful sex, bleeding after sex, and excess discharge. Cervical dysplasia is found on a Pap smear, which is why it’s so important to stay on top of your wellness exams.

“Please, please, please don’t sleep on this one! If you have a history of abnormal Pap smears or are overdue in getting your Pap test, visit your gyno as soon as you can,” Dr. Canavan says. You may just catch something before it has a chance to become cancerous.