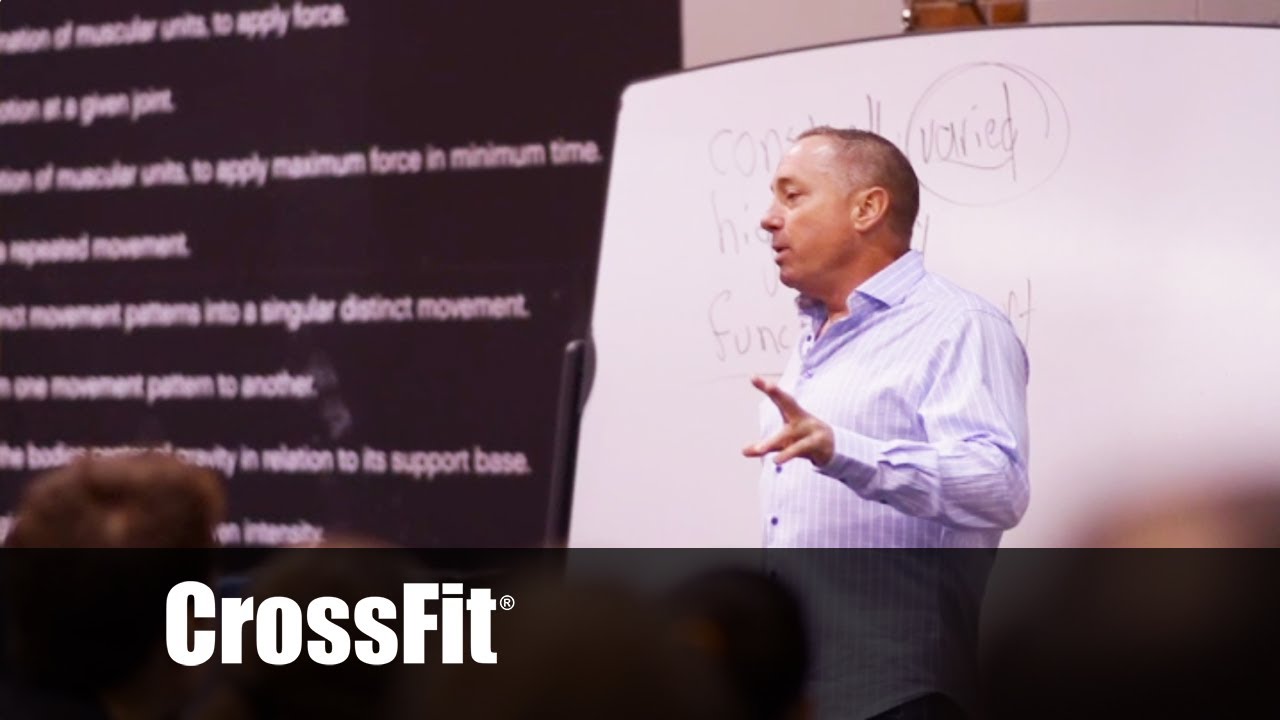 In this two-part video, CrossFit founder and CEO Greg Glassman explains the purpose of his program. Fitness throughout life is health, and the CrossFit community is leading the way toward transforming the world’s view of health and people’s ability to achieve it.

Part 1 will be familiar to those who have been to a Level 1 seminar. It is the classic explanation of what CrossFit is. Glassman also defines fitness and explains the models used to measure it.

Glassman says CrossFit is successful because it’s hard—that is the nature of intensity and why so many other programs lack intensity.

Part 2 takes that original explanation and looks toward the future. Glassman describes his “eureka moment”: finding that the area under the power-duration curve was the first “scientifically rigorous” measurement of fitness and encompassed all the other models perfectly. It can even be used to measure health.

“Your fitness is a snapshot of your health,” Glassman says.

CrossFit HQ has begun a massive endeavor to collect a wide variety of relevant health, fitness and business metrics through the affiliates and the global community. That data will be analyzed by scientists and physicians who will be looking to find best practices by answering this question: “Which of these things is causal, which is correlative?”

The CrossFit Games® – The Sport of Fitness™
The Fittest On Earth™

Which Squat Variation is Right for Me?
20-Minute Legs Workout for Strength – No Equipment with Warm Up & Cool Down | Sweat With SELF
45-Minute HIIT Cardio Workout with Warm Up – No Equipment at Home
Keke Palmer Reveals the Best Sex Advice She Ever Received: “Start With Pleasing Yourself”
Ketogenic Diet for Diabetes (Part 1)