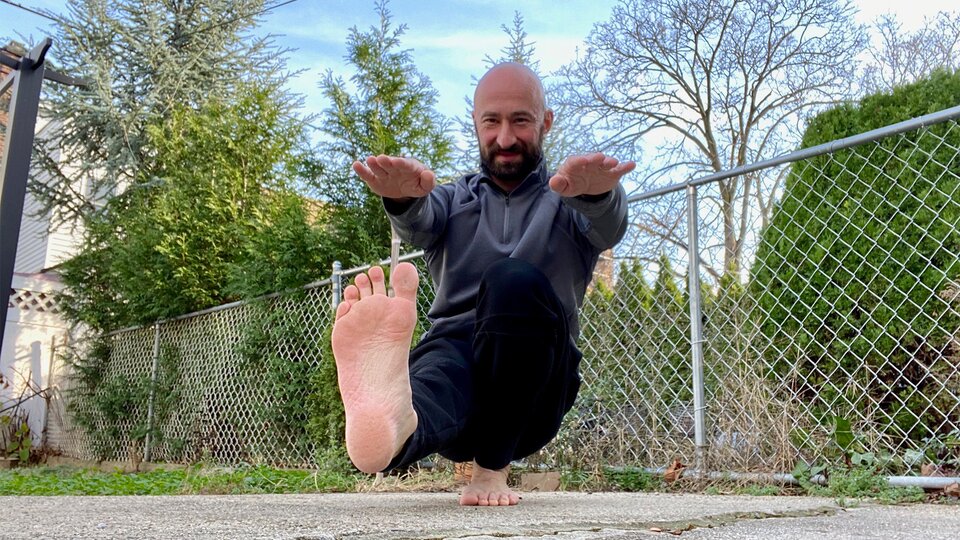 “Goals are just a fantasy. The training that you do today is real.”

I say these words at just about every seminar I teach. It often catches people off guard, as it’s pretty much the opposite of what they’re used to being told. Most mainstream fitness sources—and people—place a huge emphasis on goals. And it’s no secret why: The end result is always more enticing than the repetitive process which is needed to get there. And the further away from the goal you are, the more enticing it can be.

But those of us who have actually helped people achieve their goals know the truth: The only way to reach a fitness goal, whether it’s performance related or aesthetic, is to embrace the process with dedication and consistency for many months. Or more likely, years. No, that’s not as effective of a sales pitch as promising someone a six-pack if they give you their credit card number. But it’s the truth—although, I’ve been guilty of using similar tactics myself.

If I start sounding too jaded, let me clarify my point. None of what I’ve said so far means you shouldn’t set goals. It just means but they have downsides, and the more aware of them you are, the better.

Let’s explore some of the pros and cons of goals:

If you want to get from point A to point B, you need a plan. But having that plan does more than just tell you where you’re going. It gives you a specific aim for your workouts, which makes for better quality training sessions than just haphazardly fooling around in the gym. Not only will you be more productive with your time, you will also be more driven to show up and do the work in the first place.

Especially if you’re new to fitness, following a guideline that has worked for others, and using their success as a measuring stick, can be a helpful way to keep yourself on track. 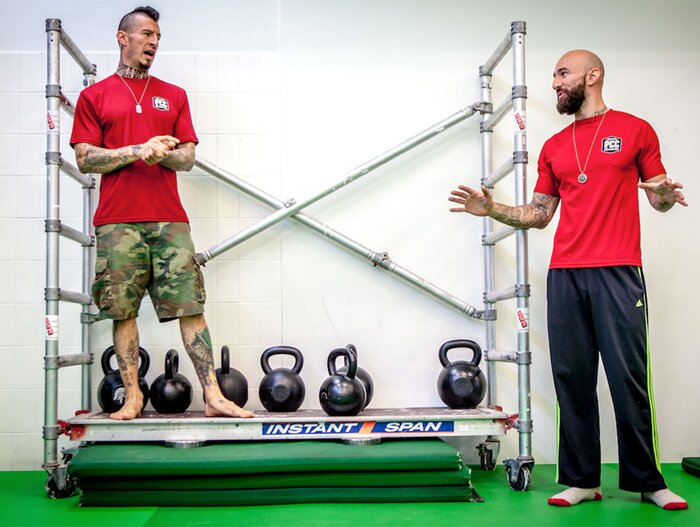 Fitness is an industry where the best-case scenario reigns supreme. Look for the phrase, “Results are not typical” in the fine print. We’re conditioned to gloss over that kind of legal language, but make no mistake, it’s definitely true.

If you’re expecting to lose 10 pounds of fat in 2 weeks, or to suddenly have a physique like The Rock after following his training plan, you’re going to be sorely disappointed.

Furthermore, when a goal excites us, sometimes we get overly ambitious and make poor decisions in the moment.

Here’s a personal example: When I was working toward my first one-arm pull-up, I started to develop mild tendinitis in my elbow. But I was determined to nail the exercise in the time frame which I had set for myself, and my deadline was approaching. So, I kept training through the pain.

Predictably, the tendinitis became much worse and I had to take a few weeks off from training my arms entirely. I should have just backed off sooner, but I was too attached to my goal.

After that experience, I don’t set timelines for my fitness goals at all. I know now that I’m not as good at predicting the future as I’m tempted to think. If you must have a calendar-based goal, I recommend simply being prepared to make adjustments based on the reality of what you are experiencing.

Pro: Achieving Goals Can Provide a Sense of Satisfaction

I’ll never forget my first pistol squat or muscle-up. I dreamed about both for so long before they happened and I was over the moon when I finally achieved them.

I’ve also been fortunate enough to witness many firsts and PRs from people who I have trained over the years. It’s always fun and exciting to see someone reach a goal that they’ve worked hard toward for a long time. Especially when you’ve been there with them throughout that journey. 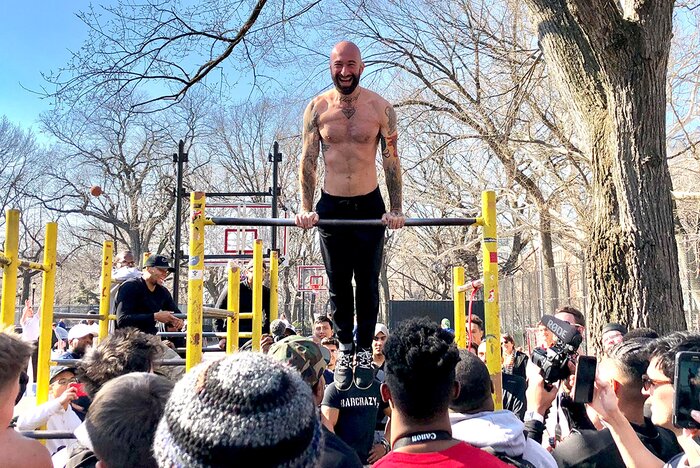 Yes, it feels good when you set a new personal best, but that feeling is often short-lived. I can’t tell you how many times I’ve congratulated a client after a new PR and they’ve responded with, “What’s my goal now?”

If it’s a big PR, maybe you’ll be able to ride the high for a day or two. But eventually everyday life sets back in—like it always does—and you might even feel worse than before. Many people suffer from a downswing immediately after their greatest triumphs.

If you put an unrealistic expectation on how you are going to feel once you achieve a goal, when it happens and life just continues as normal, you’re going to be disappointed. After all, you’re still going to have the same life and the same problems.

Sure, you can do that one-arm chin-up now—at least on a good day—but don’t expect it to change your life dramatically, no matter how many “likes” your video of it gets.

Pro: Goals Can Keep You Accountable

It’s January and you can only do 2 pull-ups. So, you set a goal for yourself to reach 10 pull-ups by the summer. Maybe you write it down and tell people about it, giving yourself more incentive to get up in the morning and do those reps. After all, you don’t want to let everyone down, right?

Or maybe you are a casual runner who’s signed up for a marathon in the fall. Knowing you have that deadline looming 9 months from now might make it a bit more likely that you’ll actually get out the door and jog a few miles every morning. 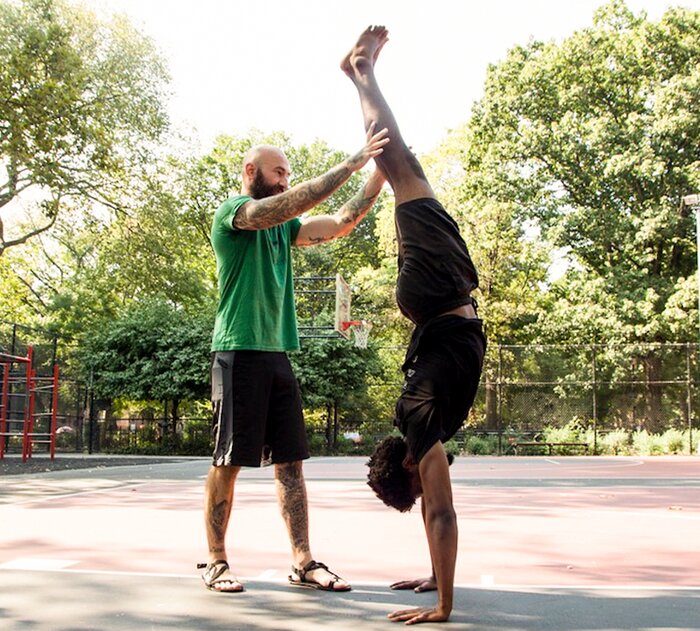 That old cliche of the New Year’s resolution never goes away for a reason. It’s much easier to announce a goal than it is to actually do the work.

The real key to success is to be disciplined and consistent whether or not you’re actually motivated. So how does one do that?

Here’s how: If you’re someone who has always set public goals in the past, this time around, set a goal and don’t tell anybody.

That’s right. Don’t talk about it with your co-workers. Don’t post about it on Facebook. Don’t even mention it to your spouse. Make it your secret and see how that changes things.

If you really feel passionately about your goal, bottling it up will force you to confront how serious about it you really are. In my experience, this approach made me far more likely to do it. It made me explode into action when the opportunity arose.

This approach doesn’t have to be permanent, but it might help you figure out what type of goals actually motivate you—without the humiliation of telling all your friends about your goal and then not following through.

If you are reading this with the hope of having me tell you what your goals should be, prepare to be disappointed. Really, the first goal that anyone starting—or re-starting—a fitness regimen should have is just to work out three times a week for six weeks. That’s it: Build the habit.

In those sessions, do whatever you like, as long as it’s not too dangerous. If you consistently push yourself, get your heart rate up and break a sweat, you will inevitably get in better shape.

Stick with it for long enough and you’ll eventually learn to enjoy the process. Then you’ll look forward to training because it’s satisfying in the moment. You might even find that you’re able to achieve things that, once upon a time, would have been a goal. When you do, it’ll just feel like another solid day of training—one of many. You won’t need to worry about setting ambitious goals in order to keep yourself motivated.

After all, goals are just a fantasy. The training that you do today is real.